What Are the Technical Characteristics of TFT LCD Display Screen?

TFT LCD display screen is characterized by good brightness, high contrast, strong sense of hierarchy, and bright colors, but it also has the disadvantages of relatively high power consumption and high cost. TFT liquid crystal technology has accelerated the development of mobile phone color screens. Many of the new-generation color-screen mobile phones support 65,536-color display, and some even support 160,000-color display. At this time, the high contrast ratio of TFT and the advantages of rich colors are very important.

TFT technology was developed in the 1990s. It is a large-scale semiconductor full integrated circuit manufacturing technology using new materials and new processes, which is the basis of liquid crystal, inorganic and organic thin film electroluminescent flat panel displays. TFTs are formed on non-single wafers such as glass or plastic substrates (of course, on wafers) by sputtering and chemical deposition processes to form various films necessary for manufacturing circuits, and large-scale semiconductor integrated circuits are fabricated by processing the films. 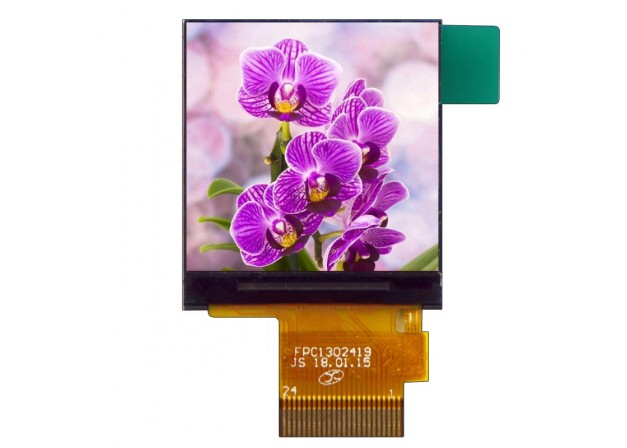 TFT was first used as a matrix addressing circuit to improve the light valve characteristics of liquid crystal. For high-resolution displays, precise control of object elements is achieved through voltage regulation in the 0-6V range, thus making it possible for LCDs to achieve high-quality high-resolution displays. TFT liquid crystal display is the first flat panel display in human history that surpasses CRT in display quality. And people began to integrate the driver IC on the glass substrate, the function of the entire TFT will be more powerful, which is unmatched by traditional large-scale semiconductor integrated circuits.

In addition to sputtering, CVD (Chemical Vapor Deposition) MCVD (Molecular Chemical Vapor Deposition) and other traditional processes for film formation, laser annealing technology has also begun to be applied, which can produce amorphous films, polycrystalline films, and single crystal films. Not only silicon films, but also other II-VI and III-V semiconductor thin films can be made.

4. TFT LCD display screen has a wide range of applications

The liquid crystal screen based on TFT technology is the pillar industry of the information society, and the technology can also be applied to the rapidly growing thin film transistor, and the organic electroluminescent flat panel display is also growing rapidly.

No radiation, no flicker, no damage to the user's health. In particular, the emergence of TFT liquid crystal display electronic books will bring mankind into the era of paperless office and paperless printing, triggering a revolution in the way of human learning, dissemination and recording of civilization.

Related Blog
The Main Differences in Cover Glass Detailed Explanation of the Method of Transportation and Preservation of TFT Liquid Crystal Display What is a TFT module?
Related Products
Resources
Products