The price has fallen by 30%. Another player plans to withdraw from the LCD display market

Recently, some media reported that Corning, a world-renowned supplier of liquid crystal panel materials, plans to close its liquid crystal display (LCD) glass substrate factory in Shizuoka, Japan (SK) by the end of 2020. It is reported that Corning will transfer the original glass substrate operation of the factory to Asan, South Korea (Asan), so as to better adapt to the current business environment of the display industry. 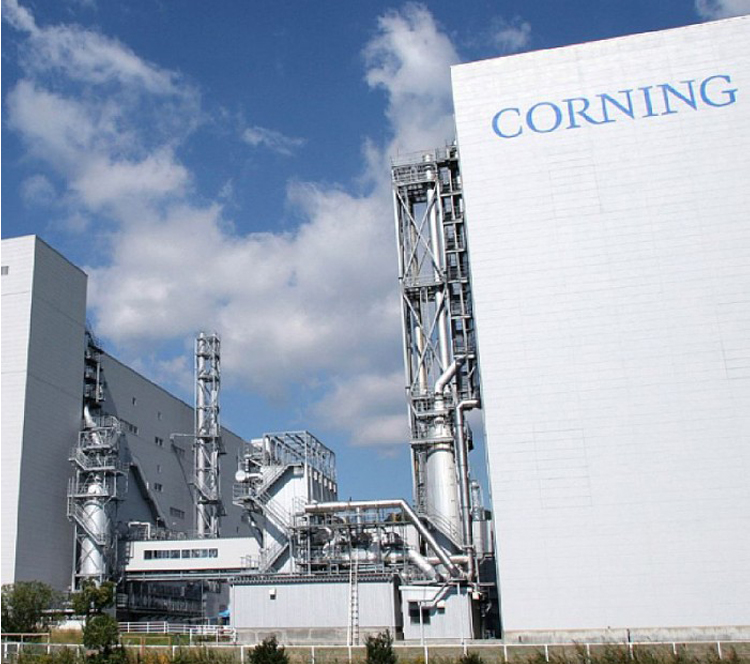 Corning is a global leader in specialty glass and ceramic materials, with more than 160 years of experience in materials science and process technology. As a world-renowned material supplier, Corning has created and produced many key components used in high-tech consumer electronics, mobile emission control, telecommunications, and life sciences.

Once, Corning was on the verge of bankruptcy in 2002, and it was LCD that rescued it from the brink of bankruptcy. In 2005, Corning has become the world's largest manufacturer of glass for liquid crystal displays (LCDs). The strong consumer demand for large-screen flat-screen TVs and laptops has driven the growth of LCDs and has also brought the company $ 585 million in profit.

Today, the LCD market is not as thriving as it was 15 years ago. Affected by the low-priced panels of Chinese manufacturers, LCD panel prices fell sharply in 2019. According to the data released by iHSMarket in September 2019, the price competition in the LCD industry is fierce. The price of LCD panels has fallen for three consecutive months, and this year's decline has been as high as 30%. At the same time, BOE, the largest domestic panel manufacturer in China, has surpassed LG to become the world's largest LCD supplier. Coupled with Chinese panel companies such as Huaxing Optoelectronics, Tianma Microelectronics, Visionox, etc., Chinese LCD manufacturers will account for the global LCD capacity above 50.

The decline in panel prices has greatly affected the profitability of panel manufacturers. It is reported that after the decline in LCD panel prices in the fourth quarter of 2017, the net profit attributable to shareholders of the parent company of AU Optronics in the fourth quarter of 2017 fell more than doubled; Quarterly operating profit fell 95% year-on-year, the lowest level in the past two years, and the decline was even more severe, more than 12 times. And the panel prices in 2019 plunged again, undoubtedly more than the large companies can afford.

Affected by this, Samsung, LG, and other major manufacturers that once occupied the largest LCD panel production have all decided to withdraw from the LCD display market in 2020. In addition, relevant agencies predict that starting from 2022, global companies will become more cautious in investing in LCD panels, and those suppliers that originally produced LCD-related equipment will have to change their main business areas. Obviously, Corning will also be one of them.

With the impact of the epidemic and the withdrawal of Samsung and LG, the LCD market in 2020 will see a decline in volume in the first quarter. Data show that the global LCD TV panel shipments and shipment area in 2020 will decline. It is expected that global LCD TV panel shipments will decline by 10%, from 287.2 million in 2019 to 257.8 million. The price will also go down further.

In contrast to LCD, the competitiveness of OLEDs has increased. As of February 2020, the average price of OLED TVs was the US $ 2,538, while the average price of LCD TVs was the US $ 1,116. Compared with the price of US $ 3,557 and the US $ 1,047 in February last year, the price decreased by approximately US $ 1,000. Since OLED TVs are superior to LCD TVs in terms of image quality, the price gap is gradually narrowing, and OLED will accelerate the replacement of LCD in the market share of TV displays.

Some insiders predict that in the next five years, they will invest up to 8 billion US dollars in the OLED industry. Chinese panel companies may invest heavily in sixth-generation flexible OLED, Y-OCTA, and TFE technologies, and the cost of inkjet printing equipment will also increase.

Industry sources said that in the increasingly fierce market competition, the panel industry knockout is starting. Some companies have begun to retreat, shut down some LCD production lines, and turned to the development of high-end display panel technology in order to gain stable living space in the panel market competition. But at the same time, excess LCD production capacity is also in front of us, how to digest these production capacities will be the main problem facing in the future.