Smartphone Display with Notch Design Estimated to cost about 20%

Notch design of smartphone displays is estimated to raise the manufacturing cost of display panels by more than 20 percent. 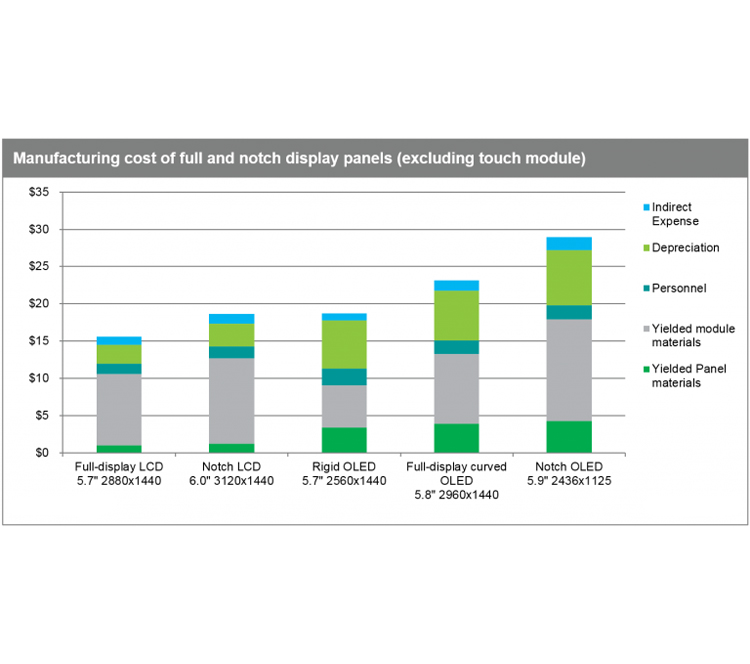 Quarterly shipments of the iPhone X, Apple’s first smartphone model using OLED panels, have reportedly been smaller than previous iPhone models’ so far, mainly due to higher selling price, caused by expensive OLED panels. Apple seems to be in the middle of manufacturing optimization,

Eventually, the manufacturing cost for notch OLED will fall more rapidly than that for notch TFT-LCD. The plastic substrate for OLED is not as brittle as glass used in TFT-LCD, so it should be easier to cut the notch, theoretically.