According to the latest investigations by the WitsView research division of TrendForce, the oversupply of TV panels in 2019 resulted in a major price drop. As such, panel manufacturers hoped to utilize their excess capacity in 2020 through increasing their production of monitor panels, with Samsung Display (SDC) having the most extensive plans. However, given the recent spread of the COVID-19 pandemic, the market has adopted a pessimistic outlook regarding end device demand. The latest news indicates that SDC has informed its clients that it will exit the LCD market by the end of the year. This news is expected to lead to a major reshuffle in the monitor panel market.

TrendForce Research Manager Jeff Yang indicates that SDC is currently undergoing a difficult period of transitioning its TV panel production from LCD to QD-OLED. Owing to its preexisting technical advantage in curved monitor panel production, Samsung was confident in achieving an increased presence in the curved monitor market.

Samsung’s production plans for monitor panels were previously as follows: SDC would produce IPS panels at its Gen 7 fab and curved VA panels at its Gen 8.5 fab in Korea. It also intended to gradually transfer its VA production to the Gen 8.5 fab located in Suzhou, China in 2H20. This move was intended to allow Samsung to enjoy tax cuts from domestic sales to the Chinese market, where curved panels generally see higher popularity than in the European or U.S. markets. 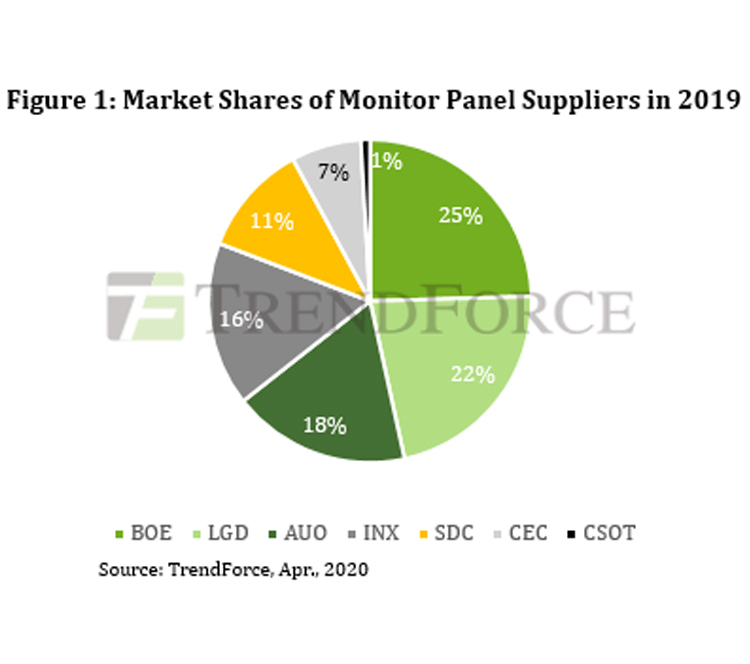 SDC shuttered its L7-1 Gen 7 fab as early as 2017 and converted the fab into a production line for smartphone OLED panels, which are more profitable. SDC currently commands a very limited presence in the IPS monitor panel market, in which it holds a mere 9% share. The company’s decision to close L7-2, another one of its Gen 7 fabs, to make room for additional smartphone OLED panel production, therefore, makes sense from an operational perspective.

Conversely, SDC’s 35% share in the VA panel market and more than 70% share in the curved panel market establish it as the undisputed leader in those markets. As well, it holds pole positions in high-curvature (about 1000R) panel technology and yield. Before it fully transitions to QD-OLED production within the next two years, SDC is unlikely to struggle with maintaining its current leadership in VA panels, curved panels, and high-curvature panels. The company would be premature to abandon these profitable markets at the current stage.

From the perspective of supply and demand, the IPS panel market is currently facing excess supplies. Aside from the two major suppliers LGD and BOE, Taiwanese manufacturers are also expanding their production capacities through equipment conversion. Furthermore, HKC’s Mianyang fab will commence mass production this year. SDC’s exodus from the LCD market is therefore projected to somewhat ameliorate the problem of IPS panel oversupply. On the other hand, after SDC halts its production of curved VA panels, AUO and CSOT will become the sole remaining suppliers in the curved VA panel market, which is projected to exhibit a tight supply, in turn benefitting HKC, whose plans include mass-producing curved VA panels at its Changsha fab next year.

TrendForce initially forecasted an out-of-balance supply and demand in the 2020 monitor panel market similar to last year due to the 18.3% discrepancy between panel suppliers’ planned shipment of 170.1 million units in 2020 and the 143.8 million units shipped in 2019. However, Samsung Display’s decision to exit the LCD market early will alleviate the market’s oversupply situation. 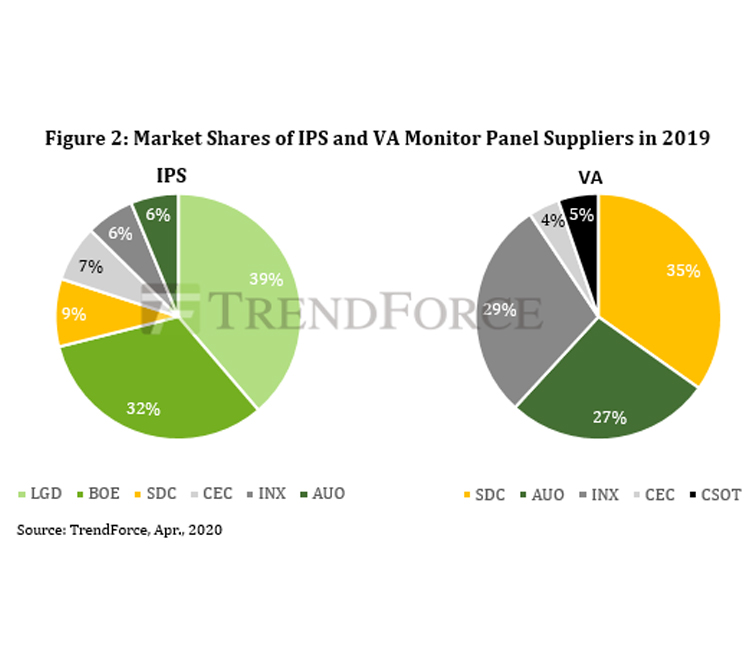