According to Korean media, Chinese panel manufacturers BOE and TCL CSOT will participate in the development of organic light-emitting diode (OLED) panels for the low-cost smart phone Galaxy M54 launched by Samsung Electronics next year.

However, it has not been determined whether Samsung displays will participate in the development of corresponding OLEDs. OLED for Galaxy M 53 is supplied by BOE and Samsung displays this year.

According to the industry, Samsung Electronics plans to develop the OLED screen for the low-cost smart phone Galaxy M54, which will be launched next year, and will be developed by BOE and TCL CSOT.

Whether Samsung display will participate in OLED development of Galaxy M 54 has not been determined.

The OLED for M53 launched this year is supplied by BOE and Samsung displays. BOE has a slightly leading share in the OLED for M53.

Galaxy M5 series are popular models mainly sold on the Internet for Southeast Asian markets. The sales volume of this model is millions, less than the mid price Galaxy A series, and the shipment volume of Galaxy A series is up to 30 million to 40 million. 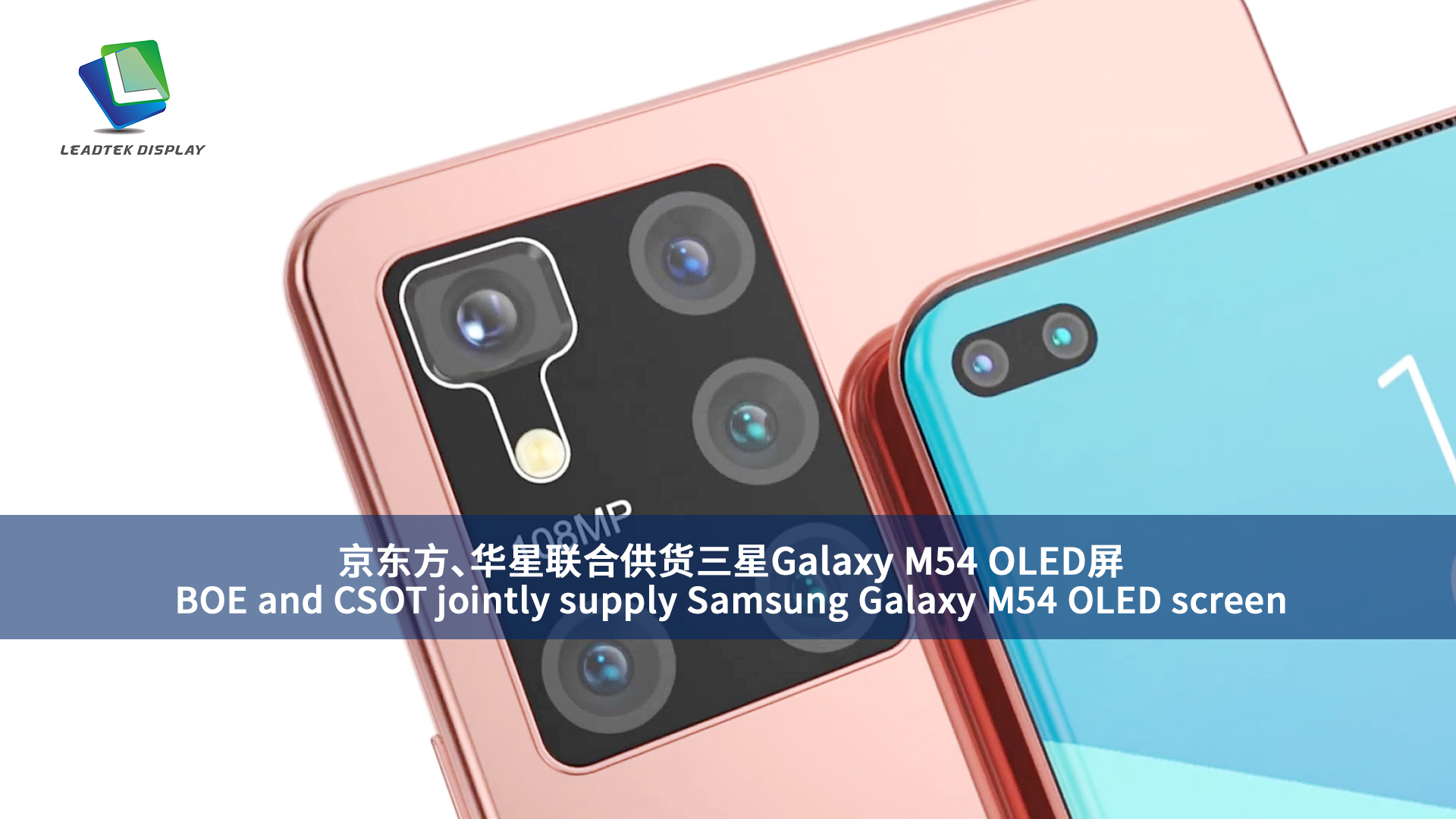