Back to the Future: Updates in Display Technology That Will Affe

There’s nothing worse than making an LCD display technology design decision only for their applicability to be outdated in much less time than expected. That’s why it’s important to remain aware of the updates in display technologies available in the market. This will arm you with the right information to make an informed design decision.

The six prominent commercial display technologies are E-ink, OLED, passive matrix LCD, TFT, curved displays, and flexible displays. We will explore what each technology is, its status, and typical applications.

According to make use of, electronic ink (E-ink) is “a display technology that aims to replicate the appearance of ink printed on paper.” This technology uses a process called electrophoresis, which combines a clear fluid, negatively charged black pigments, and positively charged white pigments to produce what you see on screens.

E-ink is a more recent technology. It offers high resolution from any angle, clear readability in sunlight (like a book), and extremely low power consumption. The most prominent example of E-ink is the Amazon Kindle. 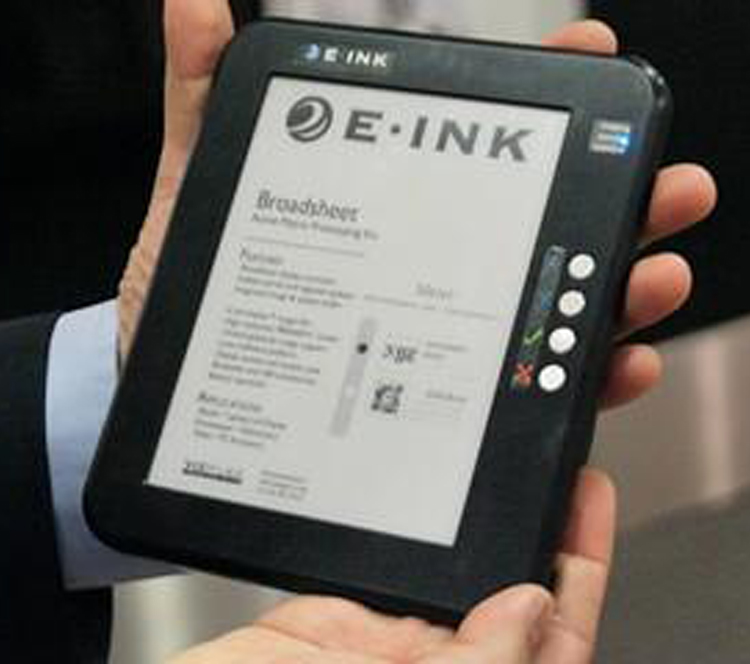 Beyond the Amazon Kindle, though, commercial viability is relatively limited; however, this technology is quickly evolving and could prove suitable for applications such as digital signage, road/traffic signage, electronic shelf labels, architecture, mobile phones, and wearables.

Still, there are a few drawbacks with the current state of this technology. For one, E-ink devices tend to exhibit a slow response time. There is also a challenge with producing color displays, which is why commercial products using E-ink are primarily black and white. In addition, the cost for E-ink devices is a bit higher than the STN equivalent.

Organic light-emitting diode (OLED) technology uses a series of thin, light-emitting films. Often compared to LCDs, OLEDs are thinner and do not require a backlight. OLEDs have some of the highest contrasts and widest viewing angles in the industry.

Like E-ink, OLED technology can offer sunlight readability, though not nearly as well. OLED is best known for its high light output, highest contrast ratio, large color gamut, and wide viewing angles. And since there’s no backlight required, OLED can be one of the thinnest display technologies.

Of course, there are certain drawbacks to this technology as well. There’s possible burn-in. The power consumption is higher compared to a reflective display type. OLED also has a higher cost than the LCD equivalent. And while it’s now becoming a widely used technology, it has historically lacked in a material lifetime, meaning long-term use was limited. Still, reports of Technology breakthroughs give hope for longer commercial viability.

Passive matrix LCD—these are TN, STN, or FSTN cell structures. This is the most common monochrome platform in the market. This is also the most mature display technology on this list and still a very widely used and accepted technology. Passive LCD displays excel in their low cost, outstanding combined reflective and transmissive viewing properties, and ease of manufacturing and customization. However, if your application requires a color display, the passive matrix option is no longer viable. 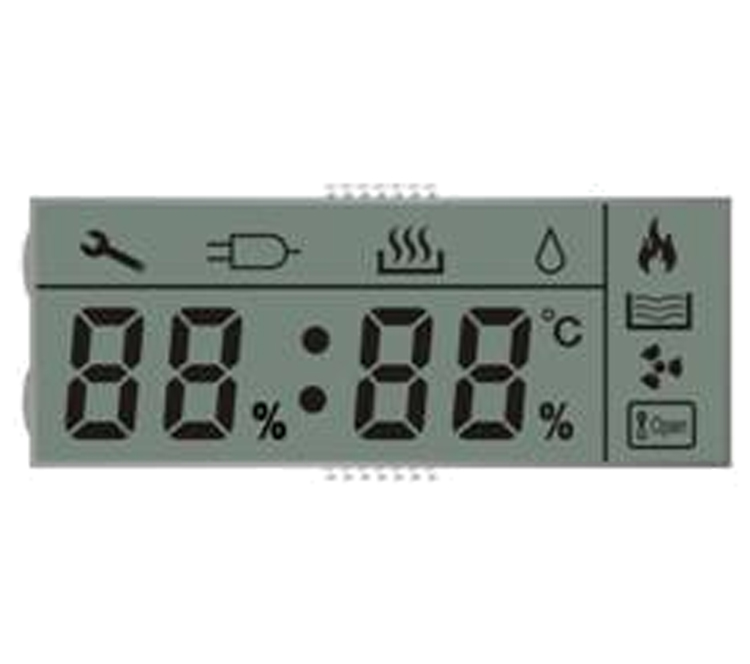 This is the evolution of the passive matrix display. This is where the LCD display is built on a silicon backplane and has a transistor to store the electrical charge at each pixel location.  This allows for a different addressing scheme, which allows for much higher contrast, higher viewing angles, and a much higher pixel density than the passive matrix LCD equivalent.

There are now both monochrome and color TFT options available.

TN TFT is the most common application in the market today. TN is the basic cell structure combined with a color filter to give full color, fast response time, and wide viewing angles. There are polarizer enhancement options, O-film, available today to make the viewing angles even wider, closely approaching the capabilities of the IPS cell.

This is the next-generation LCD technology that yields higher contrast ratios, wider viewing angles, and a wider color gamut. 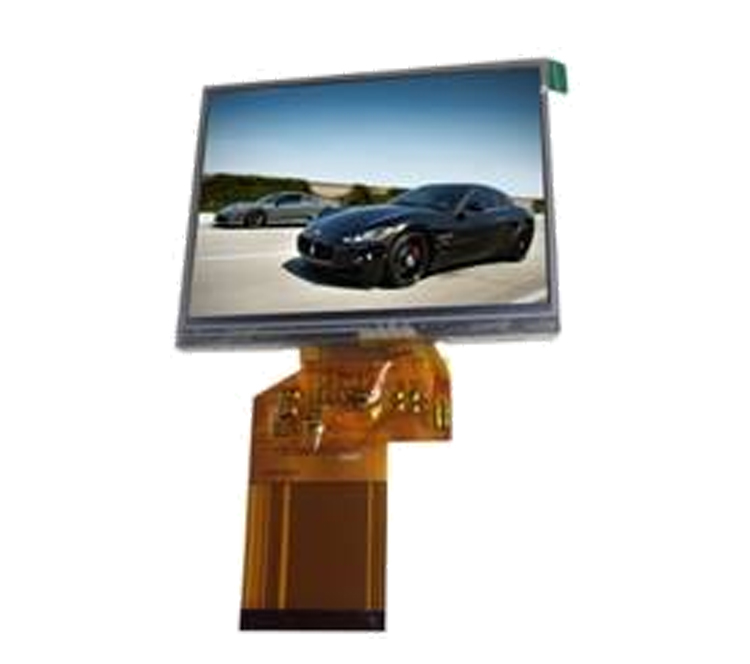 This is the same structure as the TN TFT above, only without the color filter. And because this is not color, each pixel is no longer broken up in 3 separate RBG sub-pixels to make just one pixel, so the maximum pixel density can be dramatically increased. 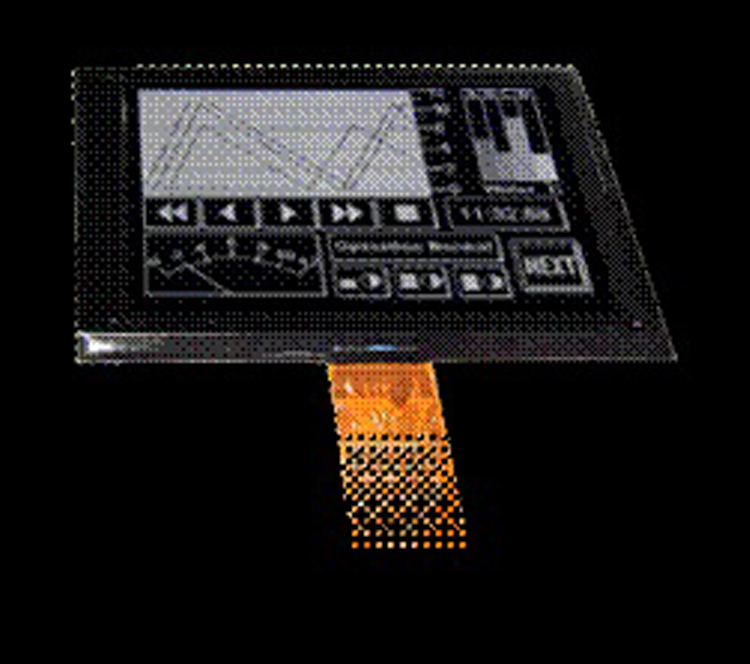 Color TFT technology is typically used in smartphones, LCD TVs and monitors, and most common industrial applications. Notably, the iPhone 7 still uses TFT, though the iPhone 8 is rumored to use OLED, where monochrome TFT is commonly used in the medical imaging field for its extremely high pixel density capability.

Curved, or angled, displays were introduced to consumers just a few years ago in the form of TVs, though it’s been around commercially for some time. The curvature of these devices servers to reduce reflections and direct ambient light outside your line of sight, as well as attempt to give the viewer a perfectly perpendicular view of each area of a large screen.

And though most widely seen and popularized in TVs and monitors, curved displays have many other applications: Casino gaming machines, digital displays, and digital signage, among others. 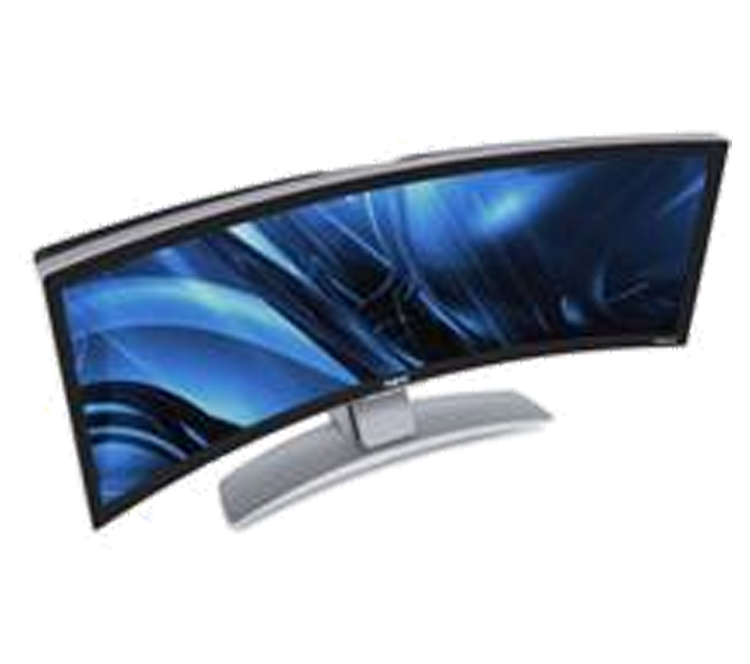 These displays are often confused with curved displays; however, flexible displays are not simply curved or angled — they are actually bendable. In fact, they are virtually shatterproof and unbreakable. The materials that compose these displays are typically based on plastic, metal, or flexible glass and employ either OLE or E-ink cell structures.

Flexible display technology is still evolving due to the technical complexity and compatibility of parts involved. Still, mass production of commercialized and consumer products is becoming more readily available.

You can expect to see this technology used in the military, smartphones, light panels, X-ray detectors, and wearable biomedical devices.

What the Future Holds

Undoubtedly, each of these technologies will continue to progress and provide further usefulness in commercial and consumer applications. OLED, TFT, and passive LCD will likely experience marginal improvements, but E-ink, curved displays, and flexible displays are still at the beginning of their technology evolution.

In any case, staying up to date with the capabilities of these technologies will ensure your next design is an informed one.